If you are looking for Betta Fish names, you have come to the right place. Whether you are searching for the name of a specific type of betta fish, or you simply want to give your fighting fish a name that suits it, we can help.

Most fighting fish names that your local pet store owner will be familiar with will be based on the shape of either the tail or the fins of the fish. This list and description of common betta fish names will help you be able to find exactly the fighting fish you are looking for.

The Comb-tail Rumble Fish is a less extended version of the crown-tail fighting fish. The comb-tail is a result of breeding crown-tail bettas with veil-tail bettas.

The Crown-tail Betta has highly frilled or jagged rays. In addition to that, it has extended spiny rays. It is also called commonly known as a Fringe-tail Betta.

The Delta-tail Fighting Fish has a tail span that is less than Half-Moon Betta. It is distinguished by the tail's sharp edges.

The Double-tail Betta is identified by a tail fin that is split into two lobes. The dorsal fin is significantly elongated, making this fighting fish very popular in most pet stores.

The Fantail Rumble Fish is simply described as a rounded Delta-tail Betta.

The Half-Moon Betta Fish has a large tail fin that forms a 180-degree (sometimes larger) circle segment. This rumble fish is truly a spectacular site for any aquarium.

The Half-Sun Fighting Fish is essentially a Comb-tail Betta with the rear fin forming a 180 degree shape similar to the Half-Moon Betta.

The Plakat Betta Fish is a short-finned fighting style rumble fish. Although not as spectacular looking as some of the other bettas listed, this fighting fish is extremely agile and a very effective fighter.

The Rose-tail Rumble Fish is a Half-Moon Betta that is so over-finned that they overlap and look like a rose. Although this is a very beautiful betta to look at, it is not a good idea to purchase one as it is very susceptible to many genetic defects and diseases.

The Veil-tail Betta is quickly identified by its non-symmetrical tail. In addition to that, it only has two rays.

All pet store owners agree that naming your fish will help keep it healthy. The fish that has a name is the fish that is cared about more diligently. So let's look at some possible betta fish names.

Although famous movie villains, grouchy relatives, and feared former Asian political leaders are all possible sources for potential fighting fish names, you can really choose anything. Most betta fish enthusiasts suggest that you take a week or two before you name your betta.

This generally allows you to get to know your rumble fish before you name it. You still might want to name it General Mao or Uncle Frank, but at least you will be sure!

Return to the top of betta fish names 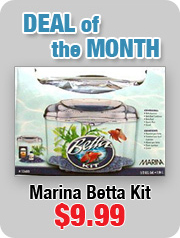