The Male Betta Fish in Action

The Male Betta Fish in Action

Looking for pictures of the male betta fish? You have come to the right place. Whether you want to see a male rumble fish at its fighting best, or preparing for the birth of its offspring, we have the pictures for you.

The male fighting fish is probably the betta fish you have seen in most pictures. It is the more photogenic of the two sexes. It typically has more spectacular features than the female. Here are some quick facts about the male rumble fish.

1) The Territorial Male: Whether in captivity or in the wild, the male betta fish will always protect what it considers to be its territory. It is for this reason that you have to be very careful about putting your male bettas in a betta tank with any other living creature.

If you are considering owning more than one rumble fish at a time, we recommend that you purchase a divided betta tank. Sometimes, it is possible to house more than one fighting fish in the same tank if the aquarium is large enough.

3) Signaling it’s Fighting Time: The male fighting fish will change the look of its stripes if it is going to attack. If their stripes are horizontal, look out! This means it is fighting time.

4) Ready to Mate: When the male rumble fish is ready to mate, it will often change its stripes from horizontal to vertical. This means it is ready to accept a female betta fish into its territory.

5) Fighting its own Reflection: If you want to see how your betta fish readies itself for battle without putting anything in harms way, raise a mirror to its bowl. When the male fighting fish sees its own reflection in the mirror, it will puff up its gills and possibly change its stripes! 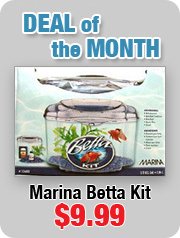